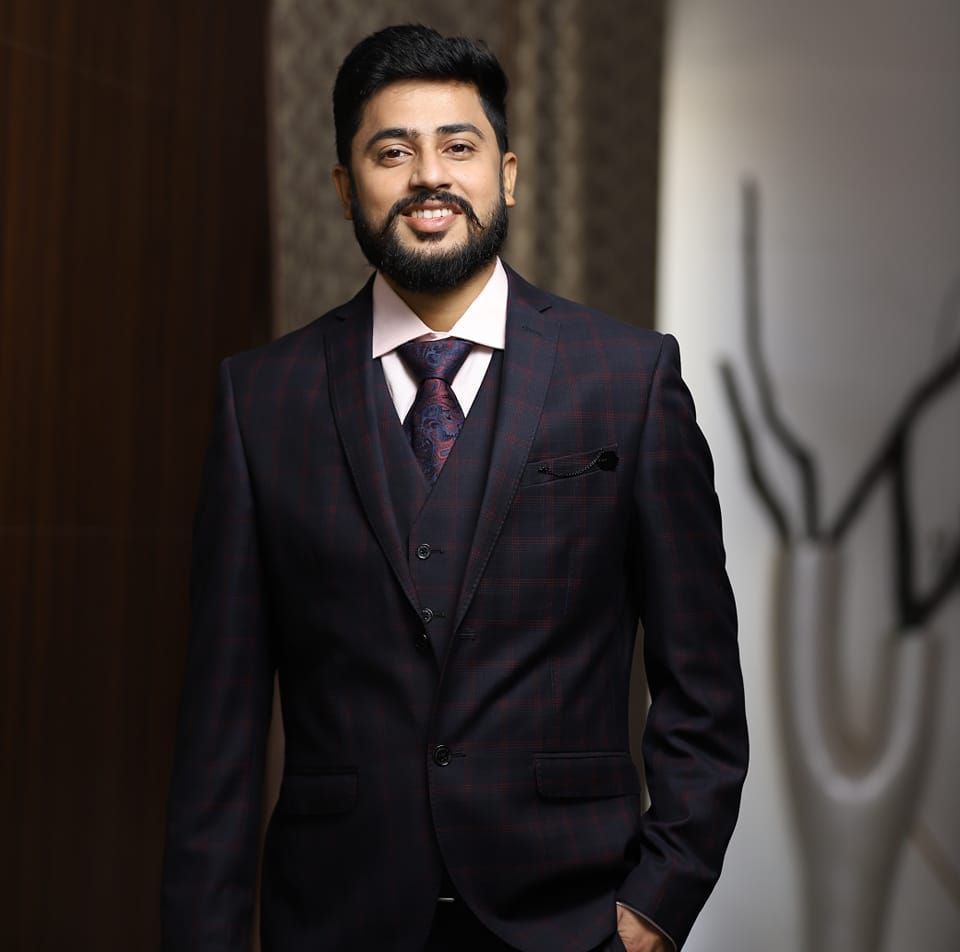 
"Education is for Humanity, and not just the Degree."

Dr. Jay Sarraf currently works as an Assistant Professor at the School of Computer Engineering, KIIT University. With more than 7 years of experience supporting marketing and development to enhance internal processes for small firms, he is a multifaceted, self-starter, and trustworthy IT specialist.

His research areas focus on the brain-computer interface and signal and image processing. Dr. Sarraf is also a passionate public speaker and motivator.

Dr. Jay Sarraf is also passionate about social work. He believes in bringing change through practices of socialism with the deprived community. He follows the principles of Dr. Achyuta Samanta who works on the Mission of zero poverty and zero hunger by providing education to everyone by all means. Dr. Sarraf has been a influencing activist when it comes to social welfare of people, a Kickstarter for various welfare programs and organizer of social events involving his students to preserve, preach and teach the philosophy of Art of Giving for the underprivileged community through technical, mental and physical processes.

His research career started researching in the field of LBS (location based services) and GPS tracking during his graduate internship, developing an app for school bus tracking and attendance system. Further he decided to continue his post graduation joining KIIT University where he started working in the area of Signal and Image processing. Focusing in the area of Brain Computer Interface, a mind reading technology primarily focusing on neuroprosthetics application that aims to recover disabled hearing, sight and movement.

His post graduate thesis describes his contribution on EEG based oscitancy classification system and accident prevention, where a driver is not allowed to drive the car if he is in a drunk state.

He has published various journal and conference papers on in the fields of machine learning and artificial intelligence, gps tracking and sustainable water resource management. 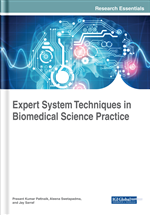 Before the integration of expert systems in biomedical science, complex problems required human expertise to solve them through conventional procedural methods. Advancements in expert systems allow for knowledge to be extracted when no human expertise is available and increases productivity through quick diagnosis.

Expert System Techniques in Biomedical Science Practice, is an essential scholarly resource that contains innovative research on the methods by which an expert system is designed to solve complex problems through the automation of decision making through the use of if-then-else rules rather than conventional procedural methods. Featuring coverage on a broad range of topics such as image processing, bio-signals, and cognitive AI, this book is a vital reference source for computer engineers, information technologists, biomedical engineers, data-processing specialists, medical professionals, and industrialists within the fields of biomedical engineering, pervasive computing, and natural language processing.

This paper focuses on the Brain Computer Interface (BCI) application and its issues. Further the attempt was made to implement left and right hand movement classification after removal of the artifacts in the acquired signals of the various hand movements.

Drowsiness and alcohol consumption has always been the root cause of the road mishaps that takes place. Excessive consumption of alcohol gives rises to many complications such as it prevents healthy thinking and slows down reflex actions. So in order to determine a person’s capability to do a job, his oscitancy tracking is very much important. In this paper, we classify the EEG signal taken from 50 drunk and 50 non drunk people. Various band decomposition of the data was done using the DWT (Discrete Wavelet transformation) and further trained by ANN (Artificial Neural Network) approach. Further we suggest an intelligence system which monitors and decide whether the driver should be allowed to drive the vehicle or not based on his drowsiness classification which can prevent accidents with drunken drivers.

The Water Distribution Management System is an intuitive approach to eradicate the shortage of water in remote areas by providing requisite amount of water to each and every household by virtue of their uniquely generated water cards. In this paper, the main emphasis is given on the fact that the existing manual water collection systems leading to improper water distribution are replaced to the point where the services provided are efficient and cost effective leading not only to eliminate water scarcity but to encourage water conservation as well. Each household is entitled to a certain amount of water per day and the process of water collection is scheduled automatically. A feedback system has also been incorporated to evaluate the quality of water being supplied.

The real time bus monitoring system may be designed to serve as a tracking system for the frequent local bus travelers using a GPS (Global positioning system) device and GPRS (General packet radio service) system. This paper focuses on system that help passengers locate the current location of the buses and expected arrival time of the buses to their nearest bus stop. The location and ETA (Estimated Time of Arrival) will be shown on the mobile app and can also be received through SMS (Short Messaging Service). The location can also be tracked by the network administrator through a web application which will keep the complete location history of the busses.

Some of his deepthoughts in writing.

Art of Giving – a desideratum of this Yuga

The essence of all art is to have pleasure in giving pleasure. Among the four basic tenets of Dharma and also the most important at this age of Kali Yuga, Giving (charity) by ...

The essence of all art is to have pleasure in giving pleasure. Among the four basic tenets of Dharma and also the most important at this age of Kali Yuga, Giving (charity) by whatever means is possible, is the key to happiness on one's self-being.

In this first stage of Kali Yuga (10,000 golden years), Giving can reduce the attachment of giver with the materialistic world by developing an attitude of serving the humanity. The Skandha Purana states take out 1/10th of the wealth you have earned by rightful means as a matter of duty and giving for charity.

Art of giving, a propounded philosophy of Shree Achyuta Samanta has been in practice since his childhood when he lost his abutment at the very early age of 4. As stated in the Upanishad,

" The little space within the heart is as great as the vast universe. The heavens and the earth are there with the sun and the moon and the stars. Fire and lightning and winds are there, and all that now is and all that is not. ",

Shree Achyuta Samanta with his little heart and ocean of almsgiving nature started working odd menial jobs just to feed his family in the midst of severe poverty, and not only his family but he also shared his hard working money with his classmates and friends by offering tea and snacks to them selflessly and ignoring his own comforts.

In Mahabharata, Shree Krishna has stated while his conversation with Arjuna,

Which means, charity given out of duty, without expectation of return, at the proper time and place, and to a worthy person is considered to be in the mode of goodness He understood well that the satisfaction of life is hidden in the act of giving, giving with a sense of duty, and without expecting of return.

One can simply enjoy life and great pleasure that comes from giving. If the value of giving is understood, lifelong search for peace and happiness can be answered. One who receives may eat well and enjoy life but one who gives will sleep well with satisfaction and peace of mind.

Every one of us has something to share and give out without even a second thought, that can be a support and assistance, sharing love and time or just anything that could bring a smile on one's face.

Rather than becoming a disciple of religion for God, one can simply share love and happiness around him with a mindset of Sharing and Giving with no expectations of return. Service to mankind is service to God. Love is God, a true example can be taken from Radhe Krishna duology when one should know how to love and share happiness with giving.

Software as a Service

I would be happy to talk to you if you need my assistance in your research or whether you need bussiness administration support for your company.

You can find me at my office located at Campus 15, School of Computer Engineering, Kalinga Institute of Industrial Technology,